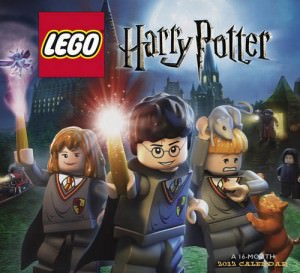 Harry Potter and LEGO brought you the awsome LEGO Harry Potter video game now you can have a calendar that re-enacts cool scenes from the video game with this Harry Potter LEGO wall calender for the year of 2012.