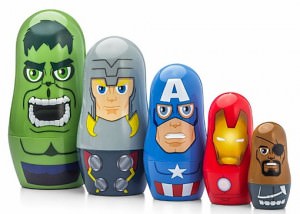 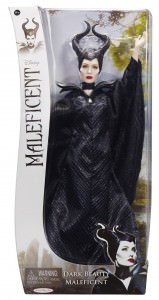 Maleficent is the awesome Disney movie about the untold story of the iconic villain from the 1959 classic Sleeping Beauty.

This is a doll of Maleficent that is titled “Dark Beauty”, this doll has so much intricate detail making this look just like Maleficent as she does in the movie. Find her in a long black and glitter christening gown with her unforgettable black curved horns on her head.

The Maleficent doll stands 11.5 inches tall and is an officially licensed Disney product, it also comes in window box packaging making it perfect to collect and display without removing it from the box to keep the doll in mint condition.

Collect or play with the Disney’s Maleficent Dark Beauty Doll. 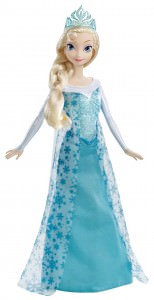 Elsa of Arendelle has captured the many hearts of Disney fans, now you can have your own Elsa doll that you can re enact icy cool adventures with.

This doll features the beautiful blue gown and glittery blue tiara seen on Princess Sparkle Elsa in the awesome animated Disney movie Frozen, with so much detail you will think that she has jumped out of the television screen and right into your hands.

The Princess Elsa doll measures approximately 5.5 x 2.2 x 12.8 inches and will be perfect for play or if you want to just collect and display.

There is Tris Prior the girl that choose Dauntless and that while she is a Divergent.

OK this is not the real Tris because this is a Barbie doll made to look just like her. They used Shailene Woodley (who plays Tris in the movie) as inspiration of this doll.
Tris of course has her raven tattoo and is wearing a Dauntless training outfit.

If you are a collector of Barbies or a fan of Divergent then you just have to check out this amazing doll as it bring best of two worlds.

No fancy dress here but clothes made from action.

Come and have a much closer look at this Divergent Tris Prior Barbie Doll. 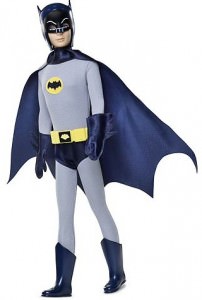 Gotham city will never be the same with the presence of Ken the Barbie in his new role as Batman.

Barbie will be whisked away by her new superhero Batman Ken. He is ready to fight all of his enemies in Gotham city.

This Batman Classic Ken Barbie collectors doll is wearing the full Batman suit and he measures about 12 inches tall.

You will love this Batman collectors doll because it is the exact replica of Adam West as Batman from the 1966 television series.

For all you Batman fanatics out there you will love to add this item to all your special Batman collectables.

Take a crime fighting adventure with your Batman Barbie Doll.

Are you waiting for a fun Wonder Woman key chain?

Wait no longer as this is the one you are looking for.

This is a 3-inch tall string doll that looks just like Wonder Woman. This Wonder Woman doll is great as a key chain, zipper pull or decoration for a bag or something.

The Wonder Woman key chain is a string doll giving it a voodoo-like feel witch makes it even more interesting.

And the amazing thing is that now you can carry around Wonder Woman all day long as the key chain is a great size and you can hang it on all kinds of things. 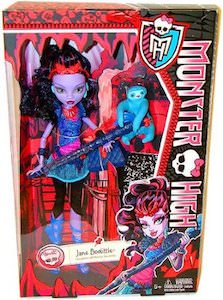 There is Jane Boolittle one of the newer members of Monster High.

Jane looks like a fun character and this doll lets you play out many fun monster stories.

And Jane of course brought her pet sloth Needles as she is more friendly to animals compared to humans.

If you are a Monster High collector then you know how much fun these dolls are and this new addition will be a hit in your collection.

It makes me wonder if those doll get to life at night and have little Monster high parties.

Add a new doll to your collection and let it be this Monster High Jane Boolittle Doll. 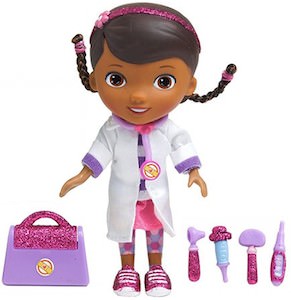 There is Dottie McStuffins all dress up as Doc McStuffins complete with her doctors bag and tools.

This doll of Doc McStuffins will be a big hit with the kids. And I am sure that the plush animals in you home will be happy to because now there is a doctor to keep an eye on them.

This doll will keep your kids entertained for days because who doesn’t want to have a little doctor doll that is also based on a Disney TV show.

Make you little once happy with this Doc McStuffins Time For A Checkup Doll.

This little string doll looks just the Batman the superhero.

And yes this Batman doll is a key chain but with a little string loop so that you can also use it for other things like your keys.
Use it as a phone charm, zipper pull or just to decorate a backpack.

The Batman string doll looks a bit like a voodoo doll but nobody would want to hurt Batman.

At about 3 inch tall this little sting Batman is the perfect size for having it with you all the time without being in your way.

Now is the time to get your own Batman String Doll Key Chain. 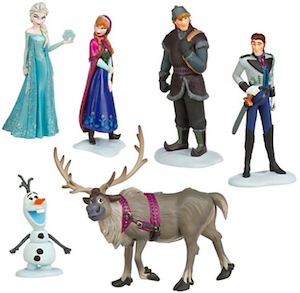 Do you want to play the Frozen story at home?

If so then you need the main characters and this play set has 6 of them.

In this Frozen action figure set you can find:

These characters are up to 4 inch tall and are made from plastic.

Kids will love to see their favorite movie character and will have many adventures to have with them.

Just keep in mind this Frozen toy is for kids 3+.