Now there is a fun Vanellope Von Schweetz water bottle so you can stay hydrated.

We all know Vanellope Von Schweetz from the Wreck It Ralph movies and as Ralph breaks the internet Vanellope is enjoying her time in the internet.

And now you can take her to school, work, and other adventures because Vanellope Von Schweetz is put on this stainless steel water bottle.

The Wreck It Ralph water bottle is available in 8 different colors and comes is 18oz in size.

The wide mouth water bottle is easy to fill and clean all thanks to the big opening that closes with a BPA free lid that has a loop so that you can hang it on your backpack.

This costume is based after Ralph a video game character from the animated movie Wreck it Ralph.

Find all of the unique features like a big spike head full of hair and bushy eyebrows. A jump suit that is brown coveralls and an orange shirt that has attached muscles inside. Also included is a gold medal on a blue ribbon and gloves for Ralph’s oversized fists.

Available in a wide selection of child sizes that range from Small to Large and made to be durable while also comfortable for you dress up party, Halloween or anytime you want to turn into Ralph.

Read More About The Wreck It Ralph Deluxe Child Costume

If you are a Wreck-It Ralph fan then maybe being Vanellope Von Schweetz this Halloween could be a wish come true.

This women’s costume will transform you into Vanellope just by wearing it.

The Halloween costume of Vanellope Von Schweetz includes a fleece top, skirt, footless tights and of course a wig to transform you into the original star of Sugar Rush.

You can get this amazing Disney Halloween costume in women’s sizes Small – XL and of course now you just need a Ralph to help you on your quest against Turbo aka King Candy. 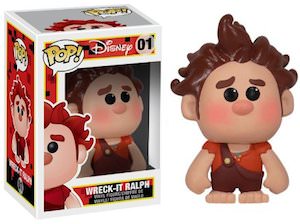 Pop! Vinyl figurines are just to good not to love them and when you see this one of Wreck-It Ralph you just have to agree.

This 3.75 inch figurine of Ralph is just adorable it surely doesn’t look like he is gone wreck anything any time soon so just have fun with this little fellow.

As the you can expect Wreck-It Ralph is made from vinyl and the people at Funko did their best making this figurine just look stunning.
Details like the hair of Ralph and the red cheeks make it all worth it.

Personally I would love have Ralph stare it me so maybe I should get my own Wreck-It Pop Vinyl Ralph Figurine. 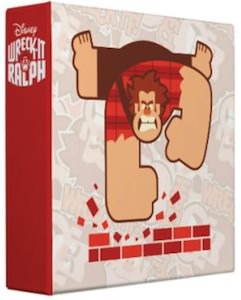 This binder will make you want to go back to school again.

This Wreck It Ralph binder is made by Avery and that means quality and comes in different sizes so that you can store the right amount of paper in it.

If you want a binder for work or school then come and check out this Disney 3 Ring Wreck It Ralph Binder. 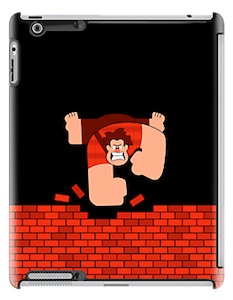 Your iPad is one of those devices you love to play with all day long but how do you protect the back from harm?

Now you can protect almost any iPad with a case based on the movie Wreck-It Ralph.
The case is mainly black but the bottom parts has bricks on it and Ralph is trying to wreck them all.

You can get this amazing iPad case for the following iPad models:

And this case of course leaves all the mayor ports and buttons availible and you can still use the build in camera and your Smart Cover.

So if you want something fun on your iPad then come see the Wreck-It Ralph iPad Case. 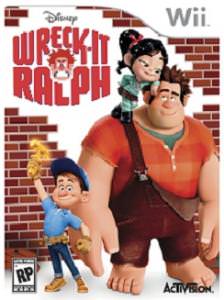 Wreck-It Ralph is a fun and cool animated movie that is loved by many.

This is a video game based after the movie Wreck-It Ralph, in this game you will try to help Ralph prove that there’s more to him than his bad guy reputation suggests.

There is s many cool detaile and fun games inside this one game, you can swap your character on the fly use Fix-It-Felix’s magical hammer to repair things or use Wreck-It Ralph to destroy obstacles.

Get your game on with the Wreck-It Ralph Nintendo Video Game.

No your eyes and this picture are not fuzzy this is the cool Wreck-It Ralph as he looks in the arcade game.

This is an original poster for the release of the Disney animated movie Wreck-It Ralph, find a very retro looking Ralph made up of pixels with every detail in the right spot, also the movie release date is a t the bottom “11 2 12”.

Measures approximately 27 x 41 inches (69×104 cms) and is very high quality, it will look great in any room and fans of Wreck-It Ralph will be drooling over this awesome poster.

Add some fun arcade art to any room with the Wreck It Ralph Original Movie Poster. 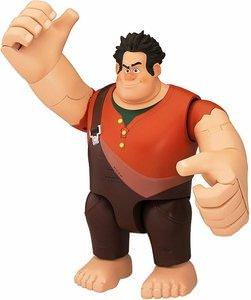 Wreck-It Ralph is a Disney animated movie that is hillarious and cool, it features a destructive villain turned nice guy by the name of Wreck-It Ralph.

This is a talking action figure of Ralph the main character in Wreck-It Ralph, with so many cool features for this action figure like buttons on the back to make arms move while also triggering voice and smashing sound effects.

Also if you push both buttons together you will move both arms and get an angry Wreck-It Ralph voice, when his head turns, Eyes,  mouth and eyebrows move.

This Wrek-It Ralph talking action figure stands 11 inches tall and will be great to play with or as a collectors item.

Play out your favorite scene with the Wreck-It Ralph Talking Action Figure.

Even after we all know that Ralph does not like to be the bad guy this t-shirt still shows Wreck-It Ralph as a mean character with a mean grin and the words “Wreck It!”.

And this t-shirt based on the Wreck-It Cartoon comes in a wide range of styles, colors and sizes for kids and adults.