Which Transformer group do you cheer for – the Decepticons or the Autobots?

Wear this shirt and you will show your love of the Transformers Decepticons.

The front of this men’s t-shirt is covered with images of many of the Decepticons that you will find in their movies, videos, games and toys.

Some of the colorful Decepticons pictured are Hook as a crane, Headstrong as a rhinoceros, Blastoff as a space shuttle and Thundercracker as an F-15 Eagle plane.

This 100% cotton screen-printed men’s shirt comes in a light purple color and in sizes S to 5XL.

Have a closer look at this Men’s Decepticon Transformers T-Shirt.

Transformers fans have to check out these women’s leggings.

These white leggings are covered in rows and rows of logo from Decepticon and Autobot. The Decepticon logo is black and Autobot is just outlined and that makes the design look fun even for people that are not into the whole Transformers thing.

These Transformers logo leggings comes in women’s sizes Small – XL but they do run small.

No matter what side you are on these Transformers leggings are the way to go as they are white and that goes with almost anything and yes you could wear these leggings just like this or with a fun skirt, dress or shorts.

Come and admire these Transformers Autobot And Decepticon Leggings.

Decepticon or Autobot what is your choice?

If you are a Transformers fan that like a little bit of both then you have to take a look at this belt buckle as the centre can turn into the other symbol.

This metal Transformers belt buckle is 4 inch wide and 2.5 inch tall and has a brushed metal look with in the middle the symbol of Autobot or Decepticon just choose by simply turning it around.

What are you gone choose? Lets start with ordering this Transformers Autobot / Decepticon Belt Buckle.

Are you already thinking about shopping for back to school items for you kids?

Well, why not start with the most important item with this really awesome Transformers reversible backpack for you child.

This cool Transformers reversible backpack features on one side Autobot and when you reverse it to the other side it turns into Decepticon logo.

It measures 12″ x 5″ x 17″in size with a big zipper pocket on the outside of the backpack. There is lots of room for all your school supplies and school books or even to pack it with clothes for a sleepover. And even if you are not a kid this backpack is great for work and play to. 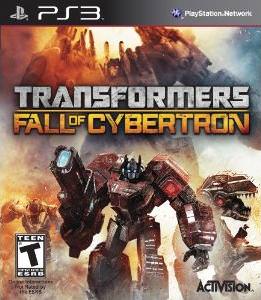 What side are you on?

What ever you choose there will be a Transfomers cupcake ring for that.

This set of 12 cupcake rings offer both the Autobot and the Decepticon logo.

And with these rings in the cupcakes the kids are gone love them even more.

And beside fun in cupcakes they also make great party favors. 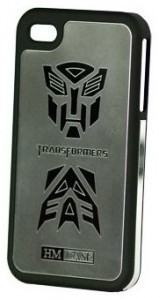 Transformers are now here to protect your iPhone 4 and iPhone 4S from scratching, denting and dirt.

This is one awsome looking iPhone 4 case that features two Transformer logos, the Autobot logo and the Decepticon logo. These logos look great with really fine detail they are laser engraved on a durable and good looking electroplating craftmanship surface.

Made for the iPhone 4, when on it protects your iPhone and allows full use of all ports and buttons.

Get your Transformers Autobots and decepticon iPhone 4 Case.

Did you work or school also give you a boring lanyard for your id card?

If so then maybe this is the time to replace that.

And you could replace it with this Transformers lanyard.

The lanyard has the Autobot logo on one side and the Decpticon on the other so you can change your mind about what side you are on. It even has a little rubber charm on it that also has both.

And below the lanyard there is a plastic pass holder in witch you id card can find it’s home.

Be cool with this new Transformers Lanyard. 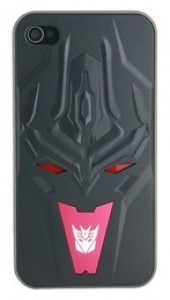 Deception, the bad guys from the awsome television and movie series Transformers.

This is an iPhone 4 and 4S case that features the Deception logo, aswell as a really cool 3D logo to go along with it.

You will find this iPhone 3D Transformers case very durable and you will love the feature of it keeping all buttons and ports open for use while on, and it’s soft grip for a great non-slip surface.

Get your Transformers 3D iPhone 4 And 4S Case. 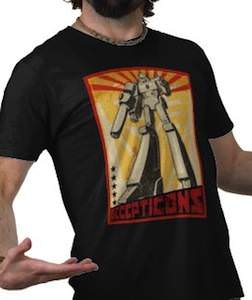 On this t-shirt you see of course a Transformer with a big weapon and it is surrounded by rays of light and below the picture is says “Decepticons”. To me it has the feel of an old comunist propaganda poster making it all the more vintage looking.

If you suppoer Decepticon then what are you waiting for?