If you really like Westworld and it’s amazing sound then you are in luck as now you can get the Westworld Soundtrack of season 1.

Season 1 of Westworld was amazing and the amazing sounds was a big part of it and now you can get 34 tracks of the sounds that where used in the season.

You can get the Westworld soundtrack in vinyl, cd, digital, and streaming and the digital version you can even pick the tracks you really want.

So no matter your favorite way of listing to music you will find the Westworld soundtrack in your preference. Now you can listen to the all the piano playing like in the title track.

Read More About The Westworld Soundtrack Of Season 1

The soundtrack from the movie is made by Alan Silvestri and we all know the amazing movie music he makes.

Now you can choose to get the Ready Player One book and just imagine reading it while having this soundtrack just playing in the background.

Just dream about an adventure in the Oasis while enjoying the movie sounds all thanks to this CD.

Read More About The Ready Player One Sountrack CD

On this official movie soundtrack, you find 19 tracks and that means all the music you loved in the movie can now be played in your home, car, and on the go.

The Beauty And The Beast soundtrack is available on CD, MP3, and streaming so that you can choose the format that fits your needs best.

Read More About The Beauty And The Beast Movie Soundtrack

If you are a true fan of Orphan Black then this soundtrack can make you enjoy the show a little bit longer.

The music is all made by Trevor Yuile with the exception of the first track the Orphan Black theme witch is made by Two Fingers.

Now you can just relax and listen to the amazing music from you favorite TV series Orphan Black.

You can get this soundtrack on CD so yes I guess you need to have a CD player for that but I am sure you can find one to really enjoy the music from Orphan Black. 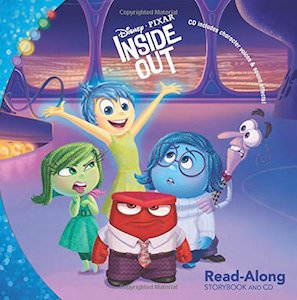 Kids are gone love this special Inside Out book based on the Disney movie.

The book comes with a CD that tells the books story with original character voices and sounds effects and the kid can read along this of course should promote reading while being fun at the same time.

The book is all about what is going on in Riley’s head and yes Joy, Sadness, Anger, Fear and Disgust are all there.

Surprise your kid with a new fun book that promotes ready, get them this Inside Out Read Along Storybook And CD. 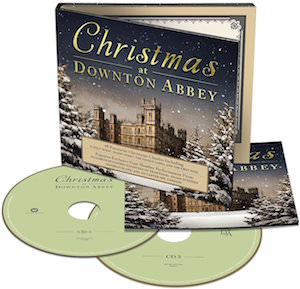 Do you want you Christmas to sound like it would at Downton Abbey?

If so then you have to take a look at this double CD or MP3 set that has 45 Christmas songs from the classics to special Downton Abbey music.

Dress up the tree while enjoying the Christmas classic Christmas music.

And this specially curated soundtrack even includes carols sang by cast members Lady Cora and Charles Blake. And then there is a Christmas story read to you by Mr. Carson. 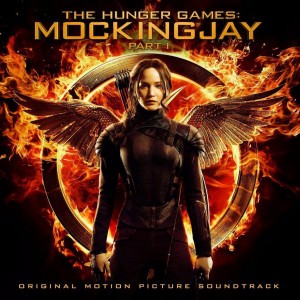 Now you have a chance to own this amazing audio CD or MP3 version from the third instalment of the Hunger Games movie series, Mockingjay Part 1.

The score for this album was written by James Newton Howard and was curated by Lorde.

Every time you listen to this CD you will remember Katniss and key scenes in the movie Mockingjay Part 1.

Hurry and get this CD The Hunger Games: Mockingjay Part 1 Soundtrack.

The Lord of the Rings Trilogy are extensive and wondrous films that won numerous Academy Awards. The scenery and back drops were amazing, but so was the musical scores. If you have an affinity to music and especially movie scores, this is the book for you.

The book was published in 2011 with 401 pages of an in depth look behind the scenes of Howard Shore’s scores and recording sessions. It includes an audio CD and a bunch of music examples.

Serenade yourself into tranquility with the Music Of The Lord Of The Rings Films Book. 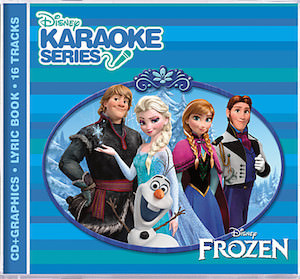 Kids and adults just love the movie Frozen and the great music from it.

Now you and the kids can start singing along with this karaoke version of the Frozen movie.

The Karaoke CD has 16 tracks witch are 8 songs (8 with and 8 without vocals).

And the following songs are on the karaoke cd:

So all the favourites are there and there is even a book with lyrics. 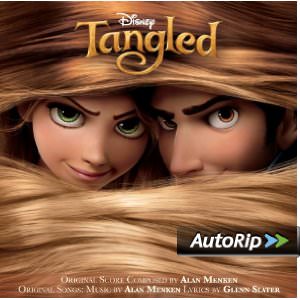 If you enjoyed the movie Tangled then you for sure remember the nice music.

And you know you can get all the music and songs from this Disney movie for yourself to listen at when ever you want.

The following tracks are availible as audio CD or as MP3.

So if you would like the official motion picture soundtrack of the Tangled movie then you found it.

Come and start dancing on the music of the Disney Tangled Motion Picture Soundtrack.