Now there is this really fun Fred Flintstone And Barney As Batman And Robin T-Shirt that will make you smile every-time you put it on.

This Flintstones t-shirt is made from 100% polyester and comes in women’s sizes Small – 2XL.

The fun shirt is all black besides the front panel that is white and on the front it shows of Fred Flintstone and his friend Barney Rubble but they don’t wear their normal outfits but instead they are dressed up as Batman and Robin and that makes them look even more fun than normally.

So no matter if you are a Batman or a Flintstones fan this is the t-shirt you really want.

Batman fans that need a really cool shirt can now get this Birdie And A Bat T-Shirt.

This Batman t-shirt is made from 100% preshrunk cotton and comes in unisex sizes Small – 3XL and will look stunning on both men and women.

And that kind of means that this t-shirt is a true Batman and Robin t-shirt.

Sure you have to think to understand this t-shirt but even if you don’t know about Batman then this is still an amazing looking t-shirt.

Read More About The Birdie And A Bat T-Shirt

Now there is an amazing looking Batman And Robin And The Batcave Snow Globe.

The Batman snow globe is based on the classic 1966 TV series.

In the glass globe you can find Batman and Robin running with their capes flying in the air and when you shake it there is snow and typical words like Bang!, Pow!, and Zap!.

The globe is placed on top of the Batcave and you can look inside and you can also find the Batmobile with Batman and Robin driving in and out as it will be going round and round which makes this really amazing.

Now you can be ready for the dress up holiday with this kids LEGO Robin Halloween costume.

The costume is based on Robin from the LEGO Batman costume and it has everything you need besides normal pants and shoes.

An fun outfit as fun like this is great for Halloween or cosplay and even just playing at home.

Now there are Batman and Robin iPhone 8 and X cases that just look stunning on your phone.

The iPhone hard case shows the Batmobile with Batman and Robin sitting on top of it and it a black and white picture from the classic TV series.

And yes the hard case does allow wireless charging on devices that support it.

The Batman phone case is made for many iPhone models like the iPhone X and 8 and 8 plus but also older models going back all the way to the iPhone 4 and when Apple makes new models then click the buy now button to see if it is available for your new iPhone.

If you like the classic Batman comics then you are going to love this pen set.

The set includes a pen with on top Batman, The Joker, Harley Quinn, and Robin. Each pen has its own color and on it, you find the name of your favorite character and on the top you find a pen topper that looks just like them.

Just pick the pen that fits how you feel today and that could be a Batman day or maybe one with lots of laughter and then it is The Joker day.

A pen like this is just great for school, work, and at home.

Batman of course needs Robin and maybe now you can become Robin and yes a female Robin could happen if you dress up in this costume corset top.

The corset top is mainly green with red breast cups and red lace and of course the R logo that Robin has on it’s costume.

A corset top like this is great for any day of the year but I think it works best as part of a cosplay or Halloween costume. Just think about this top with a cape and a fun skirt and you are set to conquer the world with your superhero friend Batman.

And you can get this Robin costume top in women’s sizes Small – Large for that perfect fit you want.

Help fight crime through the streets of Gotham with your Dark Knight friend Batman. Robin is one of the best side kicks in all of DC Comics and your kids will love being him.

This kids Robin costume is full of bright colors, red, green and gold. From head to toe your child will become a true crime fighter.

The costume comes with a mask, cape, belt, and a muscle chest jumpsuit with attached boot tops. It comes in 3 sizes S, M, and L, so kids of all ages can be Batman’s best friend. 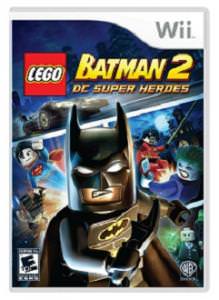 Be the sexiest side kick a super hero can have!

This is a very hot costume that features the suit of Batman’s side kick Robin, find a green mini skirt with a side slit, a red top that is seperated from the skirt by a print of the yellow utility belt, all of these colors are very shiny metallic.

Also included in this Robin costume is glimmering metallic green arm gloves, black eye mask and yellow cape with a string which wraps around the front of the neck and ties in the back.

You can find your super hero costume in women’s sizes X-Small, Small, and Medium.